The Ministerial Committee on National Security Affairs (the Security Cabinet) met Thursday to decide on a response to the Palestinian Authority’s decision to wage political and legal war against the State of Israel.

Last month the United Nations General Assembly approved a resolution requesting a legal advisory opinion from the International Court of Justice regarding the nature of the Israeli “occupation of the Palestinian territories.”

A senior Israeli official told Ynet after the vote, “There is indeed a campaign here as part of the apartheid campaign or the criminalization of the occupation, but this is not the first time we have faced such things at the UN. We knew how to deal with it in the past and we will succeed now as well.

“The current government will not sit idly by in the face of this war and will respond as necessary,” the government said in a communique.

The Cabinet approved a number of steps to be taken in response to the Palestinian Authority appeal to the International Court of Justice (ICJ) last week challenging the legitimacy of Israel’s presence in Judea and Samaria.

The steps approved by the Cabinet included:

“All they care about is harming Israel.

“The series of measures that Israel decided upon are intended to make it clear that Israel will exact a price for any attempt to harm Israel in the international arena,” Cohen added.

Finance Minister Bezalel Smotrich, chair of the Religious Zionism party, likewise noted the government had decided to “put an end to the Palestinian Authority’s celebration of terrorism, payments to terrorists and benefits they receive from us.”

Smotrich warned, “Those who act against us will pay a heavy price.” 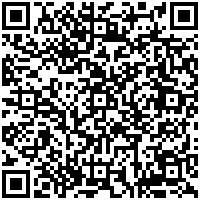