The Israeli Health Ministry has extended its travel warning to include other countries in Asia in light of the spread of the Wuhan coronavirus. In addition, Israel will carry out testing for travelers who return to the country from abroad.

In addition, the ministry has expanded the definition of a case of suspected coronavirus to include an individual who meets the following criteria: (1) Someone who has remained in close contact with a confirmed patient, and/or (2) Someone who has, within the 14 days prior to exhibiting the below-listed symptoms, spent time in China, Hong Kong, Thailand, Japan, Singapore, South Korea or Macau AND exhibits one or more of the following symptoms: fever above 38 degrees centigrade, cough, difficulty breathing or other respiratory symptoms.

The ministry’s advisory adds that if any of the above apply, a clinic or hospital should be informed in advance of the patient’s arrival. Cover the nose and mouth with a mask or cloth and avoid contact with those around you. Avoid traveling by public transportation and follow the instructions to be found on the website of the Health Ministry.

“The ministry sees the public as a key partner in disease prevention, and we can only contend with it together,” the Health Ministry said in its statement.

At present, there are no confirmed coronavirus patients in Israel. However, a Chinese worker and tourist who visited Israel after having visited China are suspected of being infected and are under observation.

Flight Data Center Planned, ‘Important During Epidemics’
Prime Minister Benjamin Netanyahu submitted to the cabinet on Sunday a plan to establish a flight data center that will gather information about flights arriving and departing the State of Israel.

“This is especially important during diseases or epidemics,” Netanyahu said during his opening remarks to the cabinet meeting. Naturally, all aspects regarding the protection of privacy will be taken into account and will be anchored in legislation.

“Today, we are joining a series of countries, such as the US, Australia and many European countries who already operate such centers.”

Sunday evening’s flight departed and after the return of the plane from Hong Kong on Monday, four flights are to be canceled – two in each direction, after which the airline said it will conduct an assessment to determine the next step.

Good News on Israel’s Health Front
Netanyahu added that up to this point, there was also good news to report about the management of the possible entry of coronavirus into Israel.

“We held another comprehensive, in-depth and thorough discussion in order to operate all arms of the government against the virus,” Netanyahu reported.

“As of now, what we have expected will occur in the end has not happened, the first clearly proven infection in Israel, of Israelis or visitors, of the virus. This is the result of accelerated work by our systems, including our health system.”

Global Reach Spreading Wider, Death Toll Surpasses SARS
Elsewhere in the Middle East, the United Arab Emirates has confirmed there are two new cases of coronavirus in the country, bringing the total number of those diagnosed to seven people ill with the virus.

In the United Kingdom, a fourth person has tested positive for the illness, Britain’s Chief Medical Officer Chris Witty confirmed Sunday in a statement.

“The patient has been transferred to a specialist NHS center in The Royal Free Hospital and we are now using robust infection control measures to prevent any possible further spread of the virus,” Witty said in his statement.

The global death toll from the illness has surpassed that of the SARS outbreak: At least 814 people have died from the 2019-nCoV Wuhan Coronavirus, according to the World Health Organization.

All but two of the fatalities were in China; but for the first time, one of those who died in Wuhan was a US citizen. No further information about the patient was released.

More than 37,500 people in Asia have been diagnosed with the deadly virus, but that figure only counts those who were able to make it to a clinic to be formally diagnosed.

Accordingly to medical personnel in China, there are “many more” who are sick with the illness and possibly many more who have died but whose deaths are not being counted in the official death toll for coronavirus because they were not formally diagnosed or did not make it in time to a clinic or hospital when they died. 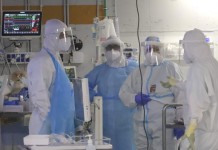 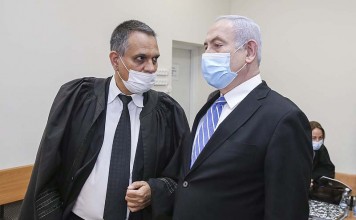