At a ceremony attended by Chief of Staff Lt. Gen. Gadi Eisenkot, senior IDF officers and family members, Hyman said the appointment was both the pinnacle of his professional career and a “tremendous honor” to have been chosen to head the military’s intelligence branch.


“The reality in the Middle East is complicated and constantly changing,” he said, who previously served as leader of the IDF Northern Command. “Of course, every new head of military intelligence says that, but it’s doubly true today, when the pace and size of the changes are unprecedented.”

Hyman also praised outgoing commander Halevy, who led the unit for three and a half years, as a military officer who leads with a secure hand with the ability to hold a “steady ship while sailing through choppy waters” and added that Halevy had led the unit to new peaks of achievement and raised the level fo excellence in the unit. He also wished Halevy good luck in his new position as head of the IDF Southern Command.

“I take command of the intelligence branch with a sense of humility,” he said. “We have many challenges ahead of us, and we will meet them together … more than anything we will place responsibility, fealty and honesty in front of our eyes at all times,” Hyman said.

Chief of Staff Gadi Eisenkot added that the changing of the guard at the intelligence branch was especially significant in light of Iran’s entrenchment in Syria and Hezbollah’s continued military buildup in Lebanon – in addition to that in the Palestinian Authority territories – which presents an explosive situation that threatens all residents of the region.

“Every operational success the IDF has … is the result of your quiet activity,” Eisenkot said, praising outgoing intelligence chief Halevy for heading the branch with wisdom, courage and a deep sense of responsibility, all of which led to a series of achievements that benefited all Israelis.

“It is the result of quality intelligence information, on-time warnings and a thorough knowledge of the enemy,” that IDF troops succeed on the battlefield, Eisenkot added. 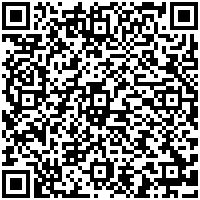