Prime Minister Benjamin Netanyahu said at a joint news briefing with Health Minister Yuli Edelstein Wednesday night that the goal of the government is to reach a complete reopening of the country right after Pesach, by April 5.

By then, the entire eligible Israeli population over age 16 will have been vaccinated against the coronavirus, Netanyahu estimates.

Those who will not have been vaccinated will have recovered from the virus, he added.

“There are more than a million Israeli adults who have not even received one vaccine dose yet, and who could still become seriously ill and God forbid even die,” he said.

The prime minster also acknowledged that Israel is, indeed, sending vaccines to other countries. “It was my decision; we sent amounts that were symbolic and that do not deprive a single Israeli citizen of a vaccine,” he said.

“We received many things in return,” he added, “but I am not going to elaborate on that here.” 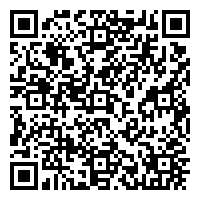