Following is the rest of the statement by Union President Thomas H. Mungeer:

“We have arrived at this unfortunate decision due to the hastily written so-called police reform legislation recently passed by the New York City Council. This poorly conceived bill, which will be signed into law by Mayor de Blasio today, puts an undue burden upon our Troopers; it opens them up to criminal and civil liability for restraining a person during a lawful arrest in a manner that is consistent with their training and is legal throughout the rest of the State. Furthermore, this legislation will prevent Troopers from safely and effectively arresting resistant subjects.

“The imminent finalization of NYC Administrative Code section 10-181 will criminalize methods of restraint, including putting any pressure on a person’s chest or back. These techniques are commonly used by many law enforcement agencies statewide and nationwide when officers are faced with violently combative subjects. I find it extremely troubling that these acts are now defined as criminal in nature, even if they were unintentional and no injury was sustained by the subject.

“Our Troopers have become a familiar sight in New York City over the past five years following Gov. Andrew M. Cuomo’s request to help protect the city’s airports, bridges and tunnels against the threat of terrorism. Additionally, our presence there has significantly increased the safety of all New Yorkers as well as the millions of visitors who travel there each year.

“Despite the positive effects of the presence of Troopers in New York City, this constraining legislation leaves us with few other options. One option would involve New York State Attorney General Letitia James indemnifying State Police members from this ill-conceived law. As that is unlikely to happen, it is the position of the Troopers PBA that if we continue to allow our members to remain stationed and conduct police activity within the five boroughs of New York City, we may be opening them up to criminal and civil liabilities simply by doing the job they were trained to do.”

NYPD’s Top Cop, Others Injured in Attack by Rioters
As if all this were not enough, “counter protest” rioters attacked the NYPD’s top cop and several other officers on Wednesday morning, sending them to the hospital with serious injuries as they accompanied a peaceful “Stop the Violence” march across the Brooklyn Bridge that was organized to “Back the Blue.”

One officer sustained a head injury. Monahan reportedly required stitches for a wound in his hand. There were no specific details about the other injuries. At least 15 arrests were made.

#BREAKING: Protesters at City Hall clashed with police and now at least four officers are injured, including Chief of Department Terry Monahan.

This all happened at the same time a "Stop the Violence" march went across the Brooklyn Bridge.https://t.co/fyoO7TIYPS

The counter-protesters had been camping outside City Hall for some time; among their demands was the contention that the $1 billion cut in the NYPD budget was inadequate, and did not meet the standard for “defunding the police.”

Cops Leave as Perps Get Back on the Job
One has to wonder why the lawmakers of the city saw fit to support the “no bail” legislation, and why they acceded to the demands of a violent mob to slash a desperately needed budget to keep law enforcement on the job. Perhaps they felt there really were too many cops on the beat?

If so, the move to defund the NYPD last month was a great first step to making sure there will be fewer cops around to keep the city safe. The incoming class for next year’s police academy recruits has been canceled, ensuring a loss of hundreds of new cops on the city streets.

Moreover, 503 cops have filed for retirement between May 25 – the day George Floyd was killed in Minneapolis – and July 3, according to the NYPD. The figure represents a 75 percent increase over the 287 who filed during the same period last year.

But while the NYPD uniformed officer numbers are depleting, the criminal population is certainly on the rise.

Bodies are being found in odd places in the city; the body of one victim was found wrapped in a plastic bag early Wednesday on the roof of a McDonald’s restaurant near the Grand Concourse on East 149th Street just before 6 am.

The discovery of the corpse, which was not complete, was made after a 911 caller alerted police to the presence of the body on the roof.

Just one day earlier, the body of a decapitated, dismembered tech CEO was found in the afternoon by police at the request of a relative inside a ritzy seventh-floor apartment in a building on East Houston Street on the Lower East Side of Manhattan.

That incident was apparently a targeted killing carried out by a professional assassin, according to a report by the New York Post.

Violence Spikes as Bail is Nixed, City Defunds NYPD
The above two gruesome murders were simply the most recent horrors, and not the only killings by a long shot (no pun intended).

Through June 30, there were at least 270 shooting victims citywide, according to the NYPD. The number of parolees involved in shooting incidents or murders is at a 15-year high. Moreover, from January through the end of June, more than 2,000 people arrested in a crime with a gun recovered had cases against them that remain open in the courts.

“We have also seen the impacts of legislative mandates sending offenders no longer eligible for bail back to the streets where they are being regularly rearrested and contributing to overall crime in the city,” the NYPD said in a statement.

“The sharp increase in shootings and violence in New York puts innocent people at risk and tears at the fabric of life in our city,” NYPD Police Commissioner Dermot Shea pointed out.

“The challenges are great for an NYPD facing the strain of deep budget cuts, changes to the criminal justice system that are impacting the courts and the continuing international health pandemic.”

All that, after the mayor and the City Council complied with demands by Black Lives Matter protesters and slashed the NYPD budget by a whopping $1 billion, to “defund the police” — a move the “Occupy City Hall” protesters are insisting was still not nearly enough.

At least three NYPD officers have paid for that with their own blood this week. 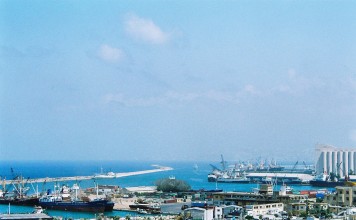