The National Planning and Building Council on Tuesday approved the establishment of a second Negev hospital, to be named for the late Prime Minister Shimon Peres, “Deputy” Health Minister Ya’akov Litzman announced.

Soroka Medical Center, located in Be’er Sheva, is a Level One Trauma Center and is the primary medical center used when IDF soldiers are seriously wounded near Gaza and require urgent care in the south.

The new complex, which is to include a biotech and employment center, is also to be built in the Negev capital city of Be’er Sheva, according to a report by Channel 13 news. It’s desperately needed.

“It’s a historic moment,” Be’er Sheva Mayor Rubik Danilevitz told reporters. The new medical center is to have nearly 1,900 beds – about 400 than the largest hospital in the country, Sheba Medical Center, in Ramat Gan. Of those, 1,000 beds will be dedicated to general medicine. The rest are going to be earmarked for geriatrics and mental health.

The new complex is to be located east of Sarah Junction where Routes 25 and 40 meet, between Be’er Sheva and the Bedouin town of Tel Sheva. “We’re correcting an historical injustice for the periphery,” Litzman said.

The 247-acre (1,000 dunam) campus is to include a 10-story tower and several buildings, each of which will be five to eight stories high.

According to a report by the Calcalist, the complex is expected to be fully functional within the next 15 to 20 years. 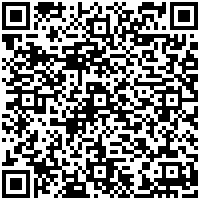