The Israel Union of Social Workers accepted a deal offered by the Finance Ministry that included higher salaries and a budget of NIS 70 million ($20 million) to provide protection for the social workers while on the job.


Last year the union found in a survey that 83 percent of all social workers experience violence at work; 30 percent suffer physical violence and 30 percent experience death threats or threats to their children, Ynet reported.

Most social workers in Israel are grossly underpaid and profoundly undervalued in their positions; few Israelis are aware of the broad range of tasks they are called upon to perform in their positions, nor do they know what kind of training they are required to participate in annually in order to retain their jobs.

The salary allocation of NIS 200 million ($58 million) begins next summer and is followed by a second, subsequent tranche when the salary agreements are negotiated.

“As I promised, we will not leave anyone behind,” wrote Finance Minister Israel Katz in a tweet. “We agreed on historic steps that will change the status of the workers and will enable them to continue their dedicated work under conditions befitting the task they have taken upon themselves.”

Social workers received notification of the deal from union chairperson Inbal Hermoni, who wrote, “We won!”

The deal goes to the government cabinet for approval most likely by next Sunday.

Marrying Nine Daughters With A Eulogy 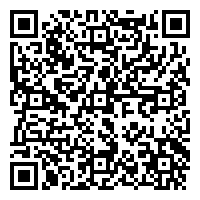