Dr. Erez Onn, Director of Baruch Padeh Medical Center, formerly known as Poriya Hospital, near Tiberias in lower Galilee, last Thursday assembled the hospital’s management team and representatives of the Emergency Committee to discuss preparedness in case of an earthquake, following the earthquakes that had occurred near the Kinneret and in lower Galilee in recent days.

A 3.2 magnitude earthquake was felt Monday evening in the area of Tiberias. No injuries or damage were reported. It was the ninth earthquake stronger than a magnitude of 3 that has been felt since Wednesday.

The hospital’s deputy administrative director, Aran Rubinfeld, reported that emergency equipment containers in case of earthquake provided by the government’s emergency agency arrived Wednesday at the medical center, to be followed later by additional emergency equipment such as helmets, pickaxes, lanterns and stretchers.

The medical center’s engineer, Alex Shlemenzon, reported that reinforced infrastructures, such as boilers, generators, etc., were tested. And the supply of oxygen, diesel, water and other essential components had been verified.

“The recent earthquakes are a reminder of the importance of the early preparedness and readiness of the staff of the medical center for emergency scenarios, including an earthquake in the area,” Dr. Onn said, and instructed the members of the Emergency Committee to ensure that all the employees have refreshed their familiarity with the detailed instructions for earthquake-related emergencies, such as procedures for operating the hospital during and after an earthquake, guidelines for treatment of casualties, deployment of treatment teams, communication with internal and external agencies, and provision of medicine and medical equipment. 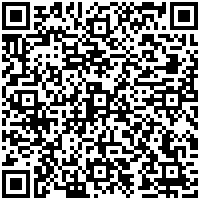