Researchers have found a mutation in the gene for the growth hormone receptor that promotes longevity, increasing men’s lifespan by an average of 10 years. This finding emerged from a new study led by Prof. Gil Atzmon of the University of Haifa. “We were aware before that variants involved with genetic paths related to the growth hormone are also associated with longevity. Now we have found a specific variant whose presence or absence is directly connected to it,” Prof. Atzmon explains.

Prof. Atzmon, head of the Laboratory of Genetics and Epigenetics of Aging and Longevity at the University of Haifa, and other colleagues at Albert Einstein College of Medicine have already found that dysfunction in the biological paths associated with the growth hormone and with insulin-like growth factor-1 (IGF-1) contribute to longevity. Until now, however, these paths were tested in the laboratory, and few mechanism responsible for this process had been identified in the human body.

In the present study, published in the journal Science Advances from the Science group, the researchers identified for the first time a genetic variation that modify the growth hormone function and encourages longevity in men. The initial research population (established by Professor Nir Barzilai at Einstein) comprised 102 American male Jews at the age of 100. The results were then compared with three additional populations of people at the age of 100 from around the world.

In all the groups, the deletion of exon 3 from the growth hormone receptor gene was found to be significantly more common among men (and not women) at the age of 100, compared to the control group of 70-year-olds. On average, people born with this variation lived ten years longer than those without it. According to Prof. Atzmon, this variation is certainly not the only reason for longevity, and many of the participants in the study survived beyond the age of 100 without this variation. However, the presence of the variant ensured longevity with virtual certainty.

The examination of the action of the variation showed that it has an unusual impact. In nature, lower strains of the same species usually live longer. For example, ponies live longer than horses, smaller breeds of dogs live longer than larger ones, and the same phenomenon is found among various rodents and insects. In this case, the variation in the receptor allowed the cells to absorb less growth hormone, however, when the hormone absorbed the protein expression was several times higher. The result: people born with the mutation who lived for around ten years more than others were also approximately 3 cm taller than those born without the receptor.

“This study nicely wraps up the connection between growth hormone function and longevity. Our goal now is really to understand the mechanism of the variation we found, so that we can implement it and enable longevity while maintaining quality of life,” Prof. Atzmon concluded. 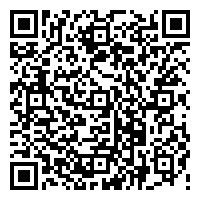