Hamas, jubilant over the putative victory of the Muslim Brotherhood candidate in Egypt’s presidential election, has fired ten rockets into Israel since Monday night.


Hamas claimed responsibility for the rocket fire, saying they were targeting an IDF base in Zikim in response to “Israel’s crimes.” It was the first rocket barrage by Hamas in some months, and the claim of responsibility and timing suggests that the escalation is linked to events taking place in Egypt.

Earlier on Tuesday morning the Israeli Air Force struck a Palestinian terror cell planting an explosive device on the Gaza border. The IDF and Palestinian witnesses said that two Palestinians were killed. The IDF Spokesperson reported that the terrorists were members of Islamic Jihad.

Meanwhile, Hamas – which is inspired by and affiliated with the Muslim Brotherhood – lauded Mohammed Morsi’s presidential victory on Monday night as a new era for the Palestinian cause. According to Al Arabiya, Hamas Prime Minister Ismail Haniyeh said: “We pin great hopes upon the Egyptian leadership, revolution, army, people and presidency to bolster the resistance of the Palestinian people, which has looked to Egypt throughout history.”

Hamas spokesperson Sami Abu Zohri also praised the Brotherhood, saying that Morsi’s win will help end the blockade Gaza and bring crucial support to bear on the issue of the Jerusalem.

The escalation on the Gaza border began early Monday morning, when Palestinian terrorists launched an ambush along Israel’s border with Egypt, killing an Israeli civilian construction worker. Israeli troops pursued the terrorists and killed two of them. Altogether, six Palestinian terrorists have been killed in the last 24 hours, while six rockets were fired over the same period. 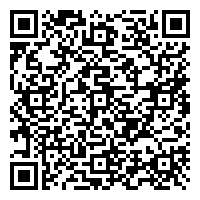