Israel Aerospace Industries (IAI) announced Thursday that it has entered a series of agreements with an Indian company worth $93 million for the provision of the Barak 8 Naval MRSAM (Medium Range Surface-to-Air Missile) systems.

The contracts were signed with the Indian Navy and Cochin Shipyard Limited (CSL). The contracts stipulate that IAI will provide complementary systems for the air defense system (ADS).


The deals also involve follow up orders for a range of maintenance and other services for various sub-systems.

The IAI’s Barak 8 Defense System can be used at sea or on land and is designed to intercept short to long-range threats.

Its main features include defense from supersonic skimmers to high altitude targets in all weather, multiple simultaneous engagements in severe saturation scenarios and vertical launching of interceptors, easily fitting on existing or new ships.

Last Thursday, the Indian navy, in collaboration with IAI, conducted an interception test aboard INS Chennai, which assessed for the first time potential collaboration between ships. The interception scenario was executed successfully, IAIA stated.

The defense project has been jointly developed by Israel’s Ministry of Defense (MOD) and the Indian DRDO (Defence Research and Development Organization) in recent years.

Boaz Levi, Executive Vice President and General Manager of Systems, Missiles & Space Group stated that “the follow-up orders provide additional evidence of the satisfaction and trust of our Indian partners in respect to the MRSAM family.”

Regarding the successful test, he said “demonstrated the advanced technological capabilities of the air defense system as well as our collaboration between IAI, its partners in India’s navy, the local Indian industry and our colleagues at IAI’s ELTA and RAFAEL. This is a badge of honor for the entire Israeli industry.” 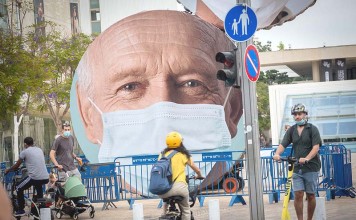