“Abba, we won’t have Chametz after Pesach!” was the phone call Dovid got from his son G. who is serving in Givati, in the IDF. The call came in late Thursday afternoon, right before the holiday began.

G. and his fellow soldiers have been guarding and patrolling from a remote IDF outpost in the southern Hebron Hills. They spent the entire Pesach as well as the week leading up to the holiday away from their families in the middle of nowhere. And there was no way the IDF supply run was going to be getting them bread right after the holiday.


Dovid immediately called The Ari Fuld Project and that’s when the action began. Even though it was late in the day, Menachem Katz, the new Operations Director at The Ari Fuld Project began calling local restaurant owners to see who would be open Saturday night. No luck.

The Ari Fuld Project told Dovid not to worry, they would make sure his son and his unit got what they needed after Pesach was over.

On Saturday night, Menachem began calling around again. Jackpot! Pizzeria Efrat would be opening soon, and the first ready pizzas would be for these soldiers.

Picking up the pizza as well as drinks and Ben & Jerry’s (Israel) ice cream, Menachem drove more than an hour to the IDF outpost located in the middle of nowhere to deliver the pizzas to the soldiers who had spent their entire holiday isolated from their families and everyone else as they protected the country.

JewishPress.com asked Menachem what he thought about all this last minute running around, and then driving an hour to deliver some pizzas and ice cream, his answer was simple and straightforward, “This is what The Ari Fuld Project does to continue Ari’s mission. What a privilege it was for me to personally be able to do this for our soldiers.” 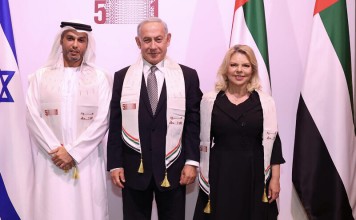 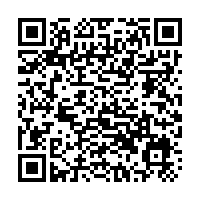