Israeli Special Forces ended a five-month-long manhunt on Wednesday in the city of Jenin when they managed to track down and eliminate Abd Khazem, brother of terrorist Rahman Khazem and a terrorist in his own right.

Israeli forces surrounded a home reportedly belonging to Fathi Khazem, Ra’ad’s father, and killed at least four terrorists, including Khazem, while injuring several others, some of them critically. There are unofficial counts that put the number at six dead terrorists.


The battle included the Israeli forces firing shoulder-launched rockets at the surrounded building, and an explosive charge exploding on the terrorists who apparently planned to use it against the Israeli forces.

Rahman Khazem was wanted together with Muhamad Aluna for involvement in a number of recent shooting attacks, including the shooting attack on a Ministry of Defense tractor near Jalama earlier this month. They had intentions to carry out more significant attacks in the near future, the IDF said.

Ra’ad Khazem, a 29-year-old terrorist from Jenin, shot at a bar on Dizengoff Street in the heart of Tel Aviv in April, murdering Barak Lufan, Tomer Morad, and Eytam Magini, and injuring 10 others. He was tracked down and killed several hours after the attack. His father, a member of the Palestinian Authority’s security services, is wanted by the Israeli forces for incitement to terrorism. Israeli forces demolished his home earlier this month.

The IDF and Israel’s security forces have arrested over 1,500 terror suspects and have prevented hundreds of terror attacks in the five months since the commencement of Operation Wave Breaker, Israel’s counterterrorism operation launched in May following several deadly terror attacks that the country experienced in recent months, leaving 19 Israelis dead. 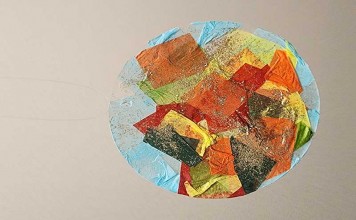