The Knesset committee tasked with crafting an alternative to the Tal Law for haredi service in Israel is reportedly drafting a proposal which would defer the enlistment of haredi men till age 22, offer financial incentives to yeshivot that have younger enlistment rates, and begin to levy economic sanctions on haredim who don’t enlist by age 23.

The proposal being floated in the Plesner Committee seeks to implement a “carrot and stick” approach to encouraging early recruitment, directed at both yeshivot and individual students: a point system would be established whereby each student that enlists in the IDF between the ages of 18-19 would confer upon his yeshiva 1.5 “points” towards allocation of state funds. The later a student enlists, the lower the points the yeshiva would be granted, declining to .4 points for a student that still has not enlisted by age 22. According to the committee, the benefits of early enlistment are two-fold: yeshivot would receive greater budget allocations than they do today, and it would lower the number of students the yeshivot have to finance at any given time. At age 22, the “carrots” end and the “sticks” begin, most of which would be shouldered by the individual students, and would include sanctions like denial of housing benefits.


The committee would also determine recruitment targets for each year. The draft proposal has carved out a permanent exemption for Torah prodigies, the numbers of which are expected to be far less than those today. Reports have suggested that some 1,500 individuals in each draft class would qualify for the exemption.

According to the plan, haredi men would perform two years of national or military service (in contrast to the three years mandated for male soldiers in the IDF), and the state would offer haredim a variety of recruitment options to choose from, like additional “Nahal Haredi” units and special tracks within the Police force and the Prison Services.

On Tuesday, a report released by the Knesset Research and Information Center found that haredi enlistment would come at a high financial cost, due mainly to the fact that most of the draftees would already be married and many would already have children, requiring commensurate salaries; whereas non-married non-combat soldiers receive salaries of around NIS 350/month, and non-married combat soldiers receive approximately NIS 700/month, married soldiers and soldiers with children are paid at least NIS 5000/month.

Israeli news sources Ynet and Walla quoted officials in the haredi community as saying that imposing military or national service on yeshiva students would “set the streets on fire.”

Prime Minister Benjamin Netanyahu met with committee Chair MK Yochanan Plesner (Kadima) on Tuesday and reportedly pressured him to offer a more moderate proposal, one that is palatable to both the coalition and the broader public. He also met Tuesday with MKs Yakov Litzman and Moshe Gafni (United Torah Judaism). He is scheduled to meet with Shas MKs Eli Yishai and Ariel Atias on Wednesday to allay the concerns of the fourth biggest party in his coalition.

Netanyahu is reported to be considering asking the High Court of Justice for an extension on implementing a replacement to the Tal law, which is set to expire on July 31.

Changes to the proposal may still be made in the remaining deliberations this week; the proposal is expected to be submitted to the government early next week.

US Imposes More Sanctions on Iran 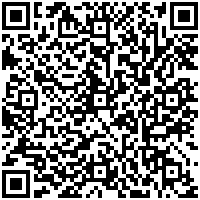