The Israel Defense Force has unveiled a plan to upgrade the ability of its Judea and Samaria division to fight terror in the wake of a rash of attacks over the past 12 months in which soldiers were caught off guard by terrorists, leading to the deaths of both civilians and IDF troops.

The division has a vast area to cover, spanning 13 crossings between the region and the Jerusalem Envelope alone, not including nearly 20 more at various points in Judea and Samaria along the security fence. Since the start of 2019, the forces have arrested 1007 terrorist suspects and seized 263 illegal weapons; NIS 352,448 in terrorist funds were confiscated as well.

The new digital/technology-driven unit, called the “Digital Regional Brigade,” combines upgraded electronic surveillance throughout the region with security cameras and other sensors with advanced computer algorithms to review the footage and identify imminent threats – especially around junctions where terror attacks have occurred. Soldiers are alerted to risks via wearable computers such as smart watches.

The new teams are to include field intelligence, special forces, infantry and other security personnel when tracking a fugitive terrorist.

In addition, “Operational Edge” training exercises were carried out this past week for security forces who serve in the region using simulators, Krav Maga and other measures.

The new plan comes as the result of a collaborative effort between the IDF intelligence and technology units and its ground forces. 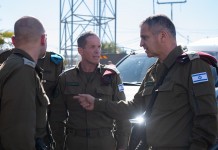 IDF Beefs Up Forces in Judea, Samaria to Avert Wave of Terror 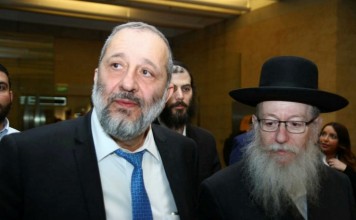 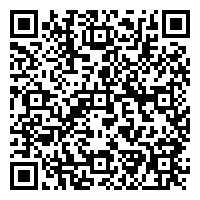