Despite a prior announcement by Prime Minister Netanyahu that he had instructed the authorities to prevent the opening of a new mosque at the Temple Mount’s Mercy Gate (Sha’ar HaRahamim), the Regavim NGO reports the Jordanian Islamic Waqf on the Temple Mount has continued construction work at a feverish pace, causing irreparable damage to the ancient structure.

The petition documents the Waqf’s steps to permanently turn an historic structure at the Temple Mount’s Mercy Gate into a mosque, carrying out construction work that has irreparably damaged the ancient building.

The move comes in violation of Netanyahu’s instructions to enforce the closure of the building.

The defense establishment identified radical Islamist activity at the site, orchestrated by Hamas operatives, and the government requested a court order to shut down the site, which was issued by the Jerusalem Magistrates Court.

The Waqf ignored the court order and continued its construction project in broad daylight, and in flagrant disregard for the law.

In light of the continued construction work and the government’s failure to enforce the closure order that was issued at its own request, Regavim petitioned the High Court of Justice to shorten the 90-day period granted to the State and the Wakf to respond to the earlier petition. In its response to this petition, the government argued that the relevant authorities “are taking steps to regulate an overall approach for dealing with the Mercy Gate compound; there is, therefore, no need for a temporary injunction to be issued at this stage.”

Justice Meni Mazuz rejected a request by Regavim for a temporary closure order; despite the government’s claim that it was tending to the matter, the Waqf continued to carry out illegal construction work on the Mercy Gate structure, installing ceiling fans, lighting, furniture, and room dividers. These are permanent changes that have harmed the ancient structure, all without any oversight of the Israel Antiquities Authority, as required by law.

The exclusive use by Muslim worshipers of this building turns it, de facto, into a mosque, which creates a security threat of the highest order that security experts warned against, precisely the scenario the government foresaw when it asked for and received the Magistrates Court’s closure order.

The Prime Minister declared at the end of February that “Israel has not given its consent to opening the mosque on the Temple Mount.”

A statement released by the Prime Minister’s Office at the time declared the prime minister had given instructions “to enforce the court order without compromise and to ensure that the site remains closed,” but in practice it appears that the work turning the site into a mosque has passed the point of no return.

“It is impossible to overstate the massive damage that has been done to the rule of law in this case: Lawbreakers do whatever they please at a holy site that is of indescribable religious and archaeological significance, in violation of a court order,” said Yakhin Zik, Director of Operations at Regavim.

”Without a temporary injunction, the illegal seizure of the compound and the illegal construction work will continue. The bottom line is that on Prime Minister Netanyahu’s watch, Israeli sovereignty in Jerusalem is being trampled.” 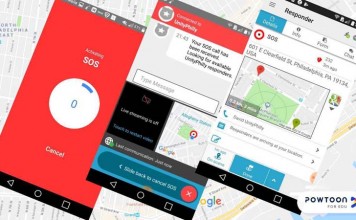 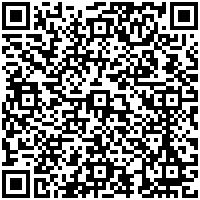