The Israeli Navy and the Administration for the Development of Weapons and Technological Infrastructure successfully completed a test of the “Gabriel 5” anti-ship missile, the Ministry of Defense revealed Wednesday.

The Navy, together with the Israel Aerospace Industry (IAI), successfully completed in August a complex test of the Gabriel 5 type naval missile system.


“This test is another milestone in the process of carrying making the Sa’ar 6 ships operational,” the Ministry noted.

The Oz missile ship, the second in the series of defense ships, participated in the test, which examined its ability to deal with various threats using new and advanced weapons, including the Gabriel 5 missile.

Gabriel is a family of sea-skimming anti-ship missiles manufactured by the IAI. The initial variant of the missile was developed in the 1960s in response to the needs of the Israeli Navy which first deployed it in 1970. Since then, variants have been exported to navies around the world. The Gabriel 5 is an advanced long-range sea missile system, capable of flying for hundreds of kilometers, in varying sea and air conditions. The missile’s impact enables the destruction of a wide variety of targets and threats.

“The advanced missiles ensure the relative advantage of the naval arm and the preservation of the IDF’s naval superiority, and will be used by the arm in its missions, including the protection of the strategic assets of the State of Israel,” the Ministry of Defense declared.

It further noted that the deployment of the Gabriel 5 missile system is “a technological breakthrough in the field of defense in the maritime space and is the product of intense, professional, and precise work by the fighters and engineers of the naval arm,” in partnership with the IDF and the IAI.

Navy Officer Brigadier General Guy Goldfarb stated that Navy “continues to develop and change in the face of a variety of increasing operational challenges and regional changes.”

“The strategic depth and naval superiority that the arm gives to the country derives from technological renewal, development and training of people which together lead to operational success,” he said. 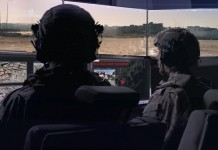 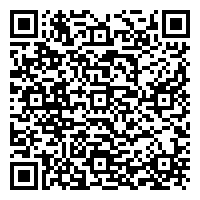