The IDF parole committee announced that Elor Azaria will be released from prison on May 10, 2018, after serving two-thirds of his sentence.

Azaria’s lawyers had asked that he be released immediately after having already served half his sentence, but the prosecution demanded he not be released before serving at least two-thirds.


Azaria was sent to prison after killing a wounded and prone terrorist in Hebron, who had stabbed a fellow soldier in his unit. 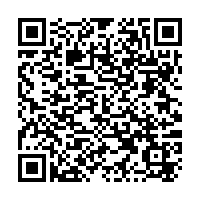