The mayor of Kiryat Bialik, Eli Dukorsky, who is in Poland as the head of a delegation of students from his city, was scheduled to speak at a ceremony Monday morning when his Polish hosts asked to review his speech and then demanded that he omit parts of the speech that blamed the Polish people for involvement in Holocaust crimes, Channel 2 News reported. After consultation with the Foreign Ministry, Dukorsky refused to make the changes and the ceremony was canceled.

Mayor Dukorsky and his delegation were of on a visit of Kiriat Bialik’s twin city of Radomsko, in south-central Poland, and to participate in a joint ceremony with the local Mayor, Jarosław Ferenc. But just before Dukorsky began his speech, the mayor of Radomsko politely told him that the authorities were asking to review it.


Dukorsky was taken aback, but submitted his speech, only to be asked a few minutes later by the mayor to remove from the speech the parts in which Dukorsky mentioned that during the war there were Poles who turned over Jews to the Nazis.

“We reject any attempt at censorship,” Foreign Ministry spokesman Emanuel Nachshon told Channel 2, adding, “We support the mayor’s right to speak out as he planned and not to skip a word, not even one letter.”

In response to the mayor’s refusal, the Poles canceled the ceremony. Dukorsky then proceeded to hold an alternative ceremony for his students alone, and deliver his speech as planned in a more intimate and vastly less international setting.

Radomsko was taken over by the Wehrmacht following the September 1939 invasion of Poland by Nazi Germany In April 1940, a ghetto was set up in the district for local Jews. The ghetto was liquidated in two stages: in early October 1942, 9,000 Jews were sent to Treblinka, and the remaining few were sent in January 1943, when Radomsko was declared Judenfrei. 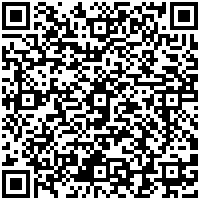