The Arab thief rammed his car at high speed through the checkpoint at the entrance to the airport after making a wrong turn into the area.

His refusal to stop the car triggered a security alert throughout the airport. Passengers at Terminal 3 were directed to get down on the ground and to stay there for several minutes in anticipation of a possible terror attack.

Meanwhile, airport security personnel chased the car and opened fire to stop the driver, who exited the vehicle and tried to flee on foot.

He was shot in the foot and then arrested by the security officers. He was taken for medical treatment and then subsequently transferred to security personnel for questioning.

“Security guards noticed the vehicle speeding towards the Ben Gurion Airport checkpoint and breaking through it, and acted to stop it by chasing it, shooting at it, and placing roadblocks until the vehicle stopped,” the Israel Airport Authority (IAA) said in a statement.

Pini Schiff, a former security director at the airport, said this was the third such incident this year, and stressed that none of the suspects could have reached the terminal. 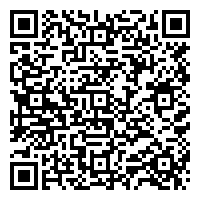