Incoming Prime Minister Benjamin Netanyahu picked his way through a chain of political “landmines” Sunday during an interview with NBC News anchor Chuck Todd on the network’s Meet the Press program.

Netanyahu responded to a range of questions probing his stand on antisemitism from political allies (read: former President Donald Trump), on the “extreme right-wing” status of some of his incoming coalition members and their decision-making power, and on the question of how to stop the war in Ukraine, among other issues. 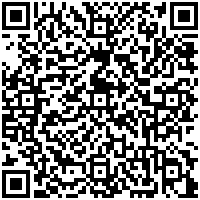