Prime Minister Naftali Bennett addressed the IDF officer’s course graduation ceremony Thursday afternoon. Bennett is himself a graduate of the course, having served as an officer in the IDF.

Bennett opened his remarks by telling the new officers how unstable the world is today. “The world is much less stable, and our region is also changing from day to day,” he said. “These times are teaching us that wars between armies are not, to our regret, relics of the past.”


But he also said that the State of Israel is, “currently an anchor of strength, stability and security in a difficult region.” And Bennett said that this region poses great threats and challenges. “Every Israeli knows that they have a home to return to, that there is someone to look after them in times of trouble,” he added.

On the current situation in Ukraine, Naftali Bennett took the opportunity to once again call on any Israeli citizens who are still in that country to leave. “Leave now,” he declared. “Our representatives are waiting to welcome you at the western border crossings. In addition, any Jew from anywhere in the world knows that a home awaits them here, with us, and that our door will always be open.”

Bennett also offered to aid the Ukrainian people as much as possible and said that Israel will mobilize to extend humanitarian aid to them as needed.

“I am very moved to return to this place,” said Bennett about coming to the IDF officers’ training base where he himself was a cadet 30 years ago. “I learned a great deal about leadership here, about being a leader, about enduring hardships.” And Naftali Bennett is has undergone a great deal of hardship in his 8 months in office.

Currently, the Prime Minister’s fragile coalition government, which barely holds a 1 seat majority in the Knesset, is under threat from coalition partner Blue and White which has said that its 8 MKs will not be voting in favor of any government sponsored legislation for the time being. Its leader Defense Minister Benny Gantz is angry over what he feels is the coalition’s failure to take his plans for new defense spending – specifically for veterans’ pensions – seriously.

And several individual MKs from different coalition partners are also threatening not to break party discipline when it comes to voting in favor of certain bills before the Knesset.

As for the graduation ceremony, As a former IDF officer, Bennett had a great deal of advice to provide to the new officers based on his own experiences. Most of all is that they take pride in their new status.

“Each of you will be able to say at the end of the day, given the hundreds of actions, large and small, taken by an IDF officer every day,” he said. “’Today I contributed something to the security of the State of Israel.’ This is a tremendous privilege. In my opinion, there is no feeling more profound.”

“A good commander is also a father and a mentor; he is distant, but also close,” added Bennett.

The Prime Minister told the new officers that they should, “take care of your soldiers as if they were your children. If a soldier comes to you with a personal request, get back to them. Not in a week; within 24 hours. Give them the feeling that someone is listening to them and sees them.”

“Aim high,” said Bennett. “Set your soldiers a high bar for excellence and difficulty. You did not get to where you are to wallow in mediocrity. We don’t all understand what we’re capable of. Your job is to point to somewhere up there and guide your soldiers there.”

The Prime Minister said that a good officer learns from their mistakes and finds ways to improve. To that end, he told them to keep a journal of what they did in every exercise and draw conclusions about what worked and what needs to be improved

He told the officers that they should teach their soldiers to “love the country, the Land of Israel and the Bible.” He said that they should also educate themselves so that they will have knowledge to give over.

“If you happen to pass Latrun? Tell your soldiers about Joshua’s battles in the Ayalon Valley, and about Judah Maccabee, and the battles during the War of Independence,” Bennett said as he explained how Biblical knowledge is important as it reminds Israelites about their connection to the land from thousands of years ago. “We are not here coincidentally. Without the Land of Israel, without the Bible, without the connection to our history, there isn’t a lot of meaning to what we’re doing here.” 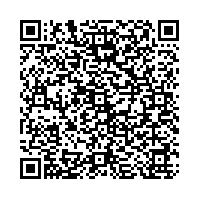