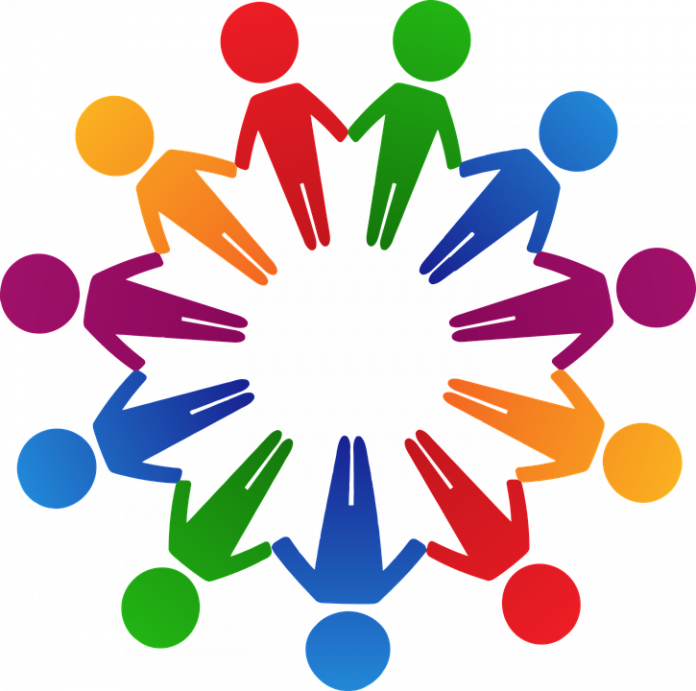 Yesterday, antisemitic flyers were distributed in Fort Myers, FL, part of a wave of such flyers placed in plastic bags around the United States.

It is an inexpensive way for far-Right antisemites to get publicity with no risk. In most communities, distributing hate speech is not a crime, and some of the flyers say that they are distributed randomly in order to forestall the charge that they are targeting Jews.

The Fort Myers flyers are a bit different than the others, though. While the usual flyers list out Jews who supposedly control the media or the White House or the “Covid agenda,” this one uses the language of the Left. 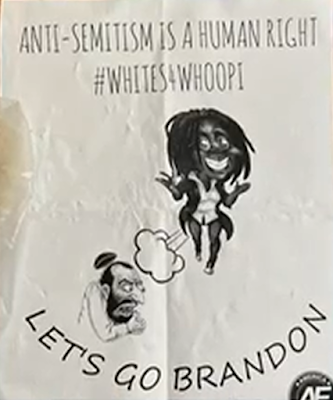 It says “Anti-semitism is a human right.” This echoes the far-Left tropes that everything they like is a human right (on Valentine’s Day, “love” was claimed to be a human right) while anything they don’t like is an attack on human rights. In such a universe, it would be difficult for the antisemites on the Left to argue that hate is not a human right.
It also claims to support Whoopi Goldberg’s statements on The View, which is ironic because the same people happily admit that their hate for Jews is based on race, the opposite of what Goldberg said. But these white supremacists now claim to support a Black woman – echoing how the far-Left will respond to any criticism of their positions said by a member of a minority group by claiming that the critics are racist or Islamophobic.
Of course, the only thing the haters like about Whoopi Goldberg is that she upset Jews, which also is echoed in far-Left discourse: they will support any cause that aligns with their hate of Israel to the point of claiming that terrorism is legitimate under international law and that people who support Jewish self-determination are racists.
For both sides, hate is primary. Facts and “rights”  can be twisted to support their hate.
Advertisement 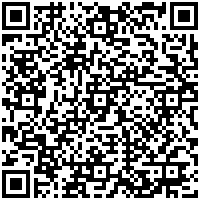