Israel is beefing up its defenses to protect the country against Iranian drones and low-flying, hard-to-detect cruise missiles over concerns the Islamic Republic may launch an attack in response to alleged Israeli strikes on Iranian-backed proxies in recent weeks.

Iran has already attempted to launch a drone attack on Israeli territory in the past from Syria, but the UAV failed to penetrate more than a few hundred meters before being destroyed by the Israeli Air Force. The incident, which took place on February 10, 2019, involved an Iranian drone that took off from the Tiyas (T-4) air base in Syria which was armed with explosives, heading for a direct attack on a target in the Jewish State, according to the IDF.

Iran last month sent a gift of missiles to its allies as a “backup plan” in case Tehran came under attack by the US or Israel, according to Iranian, Western and Iraqi sources quoted in a report by Reuters.

According to a report broadcast Tuesday (Oct. 22) on Galei Tzahal Army Radio, IDF officials have been closely monitoring the US withdrawal from Syria over concerns about its potential effect on Israel’s security.

As tensions escalate in the region, both Israel and Jordan asked President Donald Trump earlier this week to keep a “small contingent” of US troops in eastern Syria, near the common border with the Jewish State and the Hashemite Kingdom.

Israel’s Security Cabinet is scheduled to convene for a meeting next week to discuss the situation in Syria, and in general with Iran. 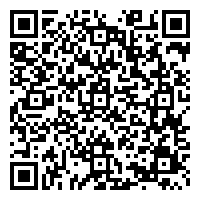