An Arab terrorist was shot and killed Sunday night while he was throwing a firebomb at an IDF post in the Jerusalem area.

The IDF stated during an initiated IDF operation near the village of Abu Dis, situated north of Jerusalem, the troops identified two suspects throwing Molotov cocktails at a military post in the area.

The troops fired at one of the suspects and hit him, and later he died of his wounds. The other suspect escaped.

This incident was one of the multiple terror attacks that occur in Jerusalem, and in Judea and Samaria on a daily basis. While most attacks end without bodily harm, many do end with significant damage and emotional injury.

In 2021, Arab terrorists carried out some 6,700 terrorist attacks in Judea and Samaria alone, of which 61 were shootings, 18 were stabbings, about 1,100 were fire bombings, and about 5,600 were rock-throwing attacks, a sharp increase over the numbers in recent years, according to data recently published by the IDF in December. 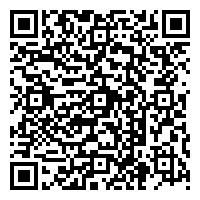