Israel has denied a Turkish news report claiming that Prime Minister Benjamin Netanyahu requested permission to deploy 20,000 soldiers to Cyprus in exchange for building a gas terminal on the island, according to Turkish Daily Today’s Zaman.

Anatolia News Agency had earlier reported that Netanyahu made the request to Cypriot President Dimitris Christofias when he visited Greek Cyprus in February. The report went on to say that due to Cyprus’ current financial straits, Israel offered to build a gas terminal – which the report states will cost $10 billion – on condition that all 10,000 construction workers be Israeli citizens and that 20,000 Israeli “commandos” be deployed to protect the workers and the terminal.

Quoting a Cypriot official, Netanyahu was also reported to have said, “Give us an air and a naval base and I will immediately prohibit investment on the Turkish side of the island with a decision in the Israeli Parliament.” Cyprus has been divided since 1974, when Turkey invaded the island and helped established the Turkish Republic of Northern Cyprus, which it supports economically, politically, and militarily. Northern Cyprus is not recognized as an independent state (other than by Turkey), and is considered by the international community to be occupied territory.

The report comes amid an uptick of activity in the Cypriot theater on both the Israeli and Turkish sides. Turkey is extremely wary of Cyprus’ burgeoning relationship with Israel, especially as it relates to the recently-discovered natural gas deposits in the eastern Mediterranean, and it disputes the demarcation of maritime borders recently agreed upon by the two countries.

Last Friday, Turkey’s government issued a warning to 15 companies that submitted bids in a Cypriot tender for oil exploration in the Mediterranean. “The companies which cooperate with GKRY (the Greek Cypriot administration) will not be included in energy projects in Turkey in the future,” a Foreign Ministry statement said on Saturday. Among the firms that made a bid were Israel’s Delek, ATP of the US, Russia’s Novatec, Italy’s ENI, France’s Total, Malaysia’s Petronas, Canada’s Petra Petroleum, and Britain’s Vitol.

Still, there are signs of a thawing of the frosty Israel-Turkey relations. The Turkish daily Sabah reported on Saturday that Israel had repaired and returned four unmanned aerial Heron drones Turkey had sent to Israel for maintenance a couple of years ago. The last one, according to the report, will be returned “in the next few days.” The delay prompted Turkish Prime Minister Recep Tayyip Erdogan to ask in September 2011: “Are they [the Israelis] even ethical? There can be problems amongst people and resentment; they can refrain from meeting with each other. All of this is possible, but when it comes to international agreements, there is an international trade ethic.” 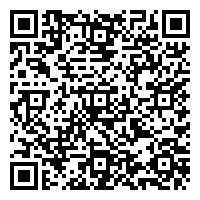