What is known today as “the Old City of Jerusalem” actually dates from a much later time than the settlement in the “City of David”.


In this new JewishPress.com film, the ruins of the original city of Jerusalem – now referred to as “the City of David” – is explored in a fascinating trip into new areas of excavation with Doron Spielman and the Jewish Press’s own Yishai Fleisher.

Doron Spielman (the Director of International Development for the Ir David, City of David, Foundation) is a passionate and engaging teacher on the subject of ancient Jerusalem.

Follow along with Doron and Yishai as they take us on a journey back in time and put us in touch with the experiences, both painful and joyous, of the ancient Jewish people in their beloved holy city of Jerusalem.  After watching the film, you will want to learn more!  You can visit the website of the City of David here.  Better yet, visit the ancient walls yourself and feel the centuries melt away in front of your eyes. 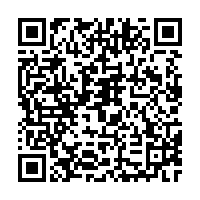