The government will decide in the day on the placing of eight Israeli cities and 15 Jerusalem neighborhoods under a full closure and curfew in an effort to stem the spread of Coronavirus (COVID-19) in the country.

The cities under discussion include Elad, Modi’in Illit, Migdal HaEmek, Beitar Illit, Ashkelon, Tiberias and Or Yehuda. Parts of Beit Shemesh will also be shut down.

All the neighborhoods in Jerusalem and most of the listed cities have Ultra-Orthodox communities.

The municipality of Beitar Illit announced Sunday evening that the entry and exit from the city will be allowed only to residents.

The Ultra-Orthodox city pf Bnei Brak remained under a complete closure on Monday after the city had emerged as an epicenter for the outbreak of Coronavirus. A third of those tested for the virus in the city tested positive.

The IDF streamed forces into the city and they engaged in maintaining order and providing humanitarian assistance.

In Jerusalem, Bnei Brak and Beit Shemesh, the proportion of infections have risen by 15% within two days, with an even greater increase in Beitar Illit. All have Haredi communities.

A total count of patients in Israel shows that one in every seven patients is Ultra-Orthodox.

Interior Minister Aryeh Deri warned Sunday at the Knesset that the Coronavirus infection rate in some Haredi (Ultra-Orthodox) Jerusalem neighborhoods is even higher than in the city of Bnei Brak, and the main problem in the Haredi communities is that not enough tests have been administered.

Deri further revealed Sunday evening that the government was weighing the possibility of imposing a general closure on the entire country ahead of the Seder night and the Passover holiday to prevent a situation in which people will go to their relatives to celebrate the holiday.

Defense Minister Naftali Bennett on Sunday evening authorized the IDF to deploy another 700 soldiers to assist the Israeli police in enforcing the restrictions imposed by the government to fight the Corona crisis, doubling the number of IDF troops deployed in Israel’s streets.

The Ministry of Health updated Monday morning that the number of Coronavirus patients in Israel was registered at 8,611, some 500 more infected in the last 24 hours.

107 of the patients are on respirators, another 34 are in serious condition, and 191 are in moderate condition. 585 Israelis have recovered from the virus.

Three people died of the virus overnight, bringing the total number of Coronavirus casualties in Israel to 51.

The novel Coronavirus COVID-19 is affecting 208 countries around the world. 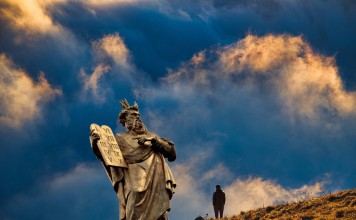 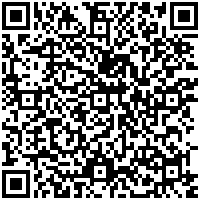