The initiative comes on the heels of two tragic incidents that took place in Beit Shemesh three months ago in which teenagers murdered their parents. “They were mentally ill, but it turns out that the neighbors heard screams, and, had they called the police, maybe it could have been prevented,” Rabbi Brachyahu said​.


As early as 2014, Israel Police recruited male and female officers to make the police work more accessible to the Haredi community, Rabbi Brachyahu said. Currently, 12 Haredi female investigators and four male Haredi investigators serve in Israel Police, he said. Most of the policewomen who were recruited at the time work as investigators and two of them have been promoted to officer’s ranks. All of them were assigned to cities that have a significant Haredi population, and they serve as advisors on Haredi affairs at the local police stations.

“It is crucial to create trust between the police and the various segments of Haredi society,” Rabbi Brachyahu told the committee. “I have forged ties with different community leaders, from the Jerusalem faction to the extremists in Mea Shearim. The trusting relationship is such that today they ask that a police rabbi come to mediate.”

The Jerusalem faction (Peleg Yerushalmi) is a Haredi political organization based in Jerusalem that was founded in 2012 by Rabbi Shmuel Auerbach as a reaction to the Bnei Brak-based Degel HaTorah’s perceived moderate approach to IDF enlistment. The group is known for its civil disobedience in street demonstrations that often end in arrests.

The extremists in Mea Shearim are members of Neturei Karta and Toldos Aharon who do not recognize the State of Israel.

If Rabbi Brachyahu has indeed managed to engender trust in his mediation in those two groups then, a. he probably possesses Gandhi-like patience; and b. probably shouldn’t refer to them as extremists for fiercely following their convictions. But I’m digressing.

The trust that has been built, Rabbi Brachyahu told the committee, “is no less than a revolution.” He noted that prominent rabbis are currently signing a directive stating that if someone hears screaming from a neighbor’s home, he or she must call the police, even on Shabbat.

Police Superintendent Gal Sapan told the committee that “every Haredi community has its own rules, and they are not easy to reach. Due to the connections, Rabbi Brachyahu has created over the past two years, rabbis have begun to ask the police for assistance. Today we are more aware of the sensitivities and understand how important it is for the families that nothing be​ made public because it harms the prospects for a shidduch (match). We are dealing with matters of life and death. Most of the victims are young and are not familiar with the human body. It is even hard for them to explain which part of their body was hurt ​by the offender. They do not understand the language of the investigators. For these reasons, police officers undergo training that gives them a better understanding of the difficulties.” 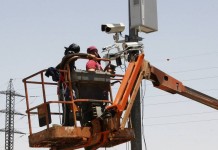