The United Nations’ Security Council (UNSC) convened Monday for its periodical discussion on the situation in the Middle East, during which Israeli Ambassador to UN Danny Danon criticized the Council for focusing on Israel while Turkey was attacking the Kurdish people and hosting the Hamas terror organization in its capital.

Danon charged that Turkey’s President Recep Tayyip Erdoğan “has turned Turkey into a safe haven for Hamas terrorist and a financial center for funneling money to subsidize terror attacks.”

An in-depth investigation by TPS into Hamas’ operations in Turkey exposed an elaborate network of senior terrorists who work around the clock to promote terrorism against Israeli targets while operating unhindered on Turkish soil.

Hamas’ headquarters in Turkey focuses on military buildup and terrorism. Its divisions are responsible for procurement, development and recruitment. Its activities in Turkey and Lebanon are a complicated mission and to that end, the former Hamas prisoners have set up Hamas’ military administration and management of terrorism.

Additionally, Hamas’ HQ for its terror operations in Judea and Samaria works out of Turkey.

Danon further said that “Erdogan’s Turkey shows no moral or human restraint towards the Kurdish people. Erdogan has turned Turkey into a regional hub for terror.”

He then criticized the UNSC’s focus on Israel.

“Erdogan expands his terror campaign into Syria, the UNSC focuses on Israel. It is a disgrace this body’s mandate that this council continues to target Israel instead of the atrocities performed by Erdogan,” he stated. “Recycling old arguments against Israel instead of focusing on the devastation caused by Erdogan as we sit here today, will not save the lives of the Kurdish people.”

He warned the Council against the potential for the ethnic cleansing of the Kurdish people and urged the international community to take steps to assist the Kurds.

Danon also addressed the threat posed by non-state actors, such as the Hezbollah terror organization in Lebanon and the Iranian-backed Houthi rebels in Yemen.

“For years Israel has had to deal with non-state terrorist organizations that seek to destroy it. Through its experience, Israel has developed methods for dealing with them and looks to share these methods with the world,” he added.

“Those who want to advance their political careers over the dead bodies of children cannot lecture us about international law and human rights,” he said. 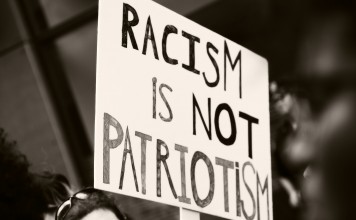