Israeli anti-tank weapons systems manufactured in Germany at a factory owned by Rafael Advanced Defense Systems are heading to Ukraine, according to a report by the Hebrew-language Calcalist news outlet.

The 1,000 Panzerfaust 3 anti-tank rocket launcher systems were being delivered to Ukraine by Germany and the Netherlands.

In approving the move, German Chancellor Olaf Scholz said on Saturday that the Russian invasion of Ukraine “marks a turning point,” adding that it was Germany’s “duty” to do its best to support Ukraine in defending itself against “Putin’s invading army.”

No Israeli approval was required for the transfer because Germany had financed development of the system before Rafael acquired the Dynamite Nobel AG plant, located in Burbach, north of Frankfurt.

Rafael purchased the plant in 2004. The Germany Army inked a contract in February 2021 with Rafael subsidiary Dynamite Nobel Defense for the production and delivery of 3,000 rockets for the Panzerfaust 3-IT anti-tank weapon.

How’s That Again?: The Biden Administration’s ‘Anti-Racism Rule’ For Physicians 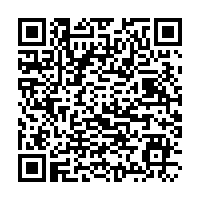