Six Arab residents of eastern Jerusalem’s Isawiyah neighborhood have been served by the IDF with nighttime curfews under law established by the British in Mandatory Palestine in 1945.

The six men will be prohibited from leaving their homes between 8 pm and 6 am. The duration of the curfews ranges from two to four months.


The curfew orders, issued by the IDF’s Home Front Command, state that the curfews are “necessary to safeguard national security, public welfare and the maintenance of public order.”

The military would not comment further on the orders, stating that they were issued “when defense officials have information pointing to a public security risk.”

The information is “based on classified intelligence, which cannot be released,” according to the IDF.

The six men had allegedly disturbed public order in Isawiyah. At least one of them had previously spent four years in prison for security offenses. It is the first time that nighttime curfews have been imposed on permanent residents of Israel.

Isawiyah is currently the focus of frequent clashes between Arab rioters and Israeli police and violent attacks by terrorists on Israelis. The neighborhood is located to the east of Mount Scopus, home of the Hebrew University and Hadassah Mount Scopus Hospital.

There have been several incidents of terrorists throwing Molotov cocktails at Israeli police and at the hospital complex from Isawiyah.

In October, an Arab resident was seriously injured when an incendiary device, aimed at police, hit his car. Israeli police managed to drag the man out of his vehicle and took him to hospital.

The British ruling from 1945 was a response to rioting and rebellion by Arabs and Jews. The law had mainly been imposed on Jewish residents. It was incorporated into Israeli law following the founding of the State in 1948.

When the Knesset debated abolishing the law in 1951 Menchaim Begin, then leader of the opposition, described it as “Nazi, it is tyrannical, it is immoral, and an immoral law is also an illegal law.”

The IDF insists that the law is pivotal to ensuring the safety and security of all citizens of Israel. 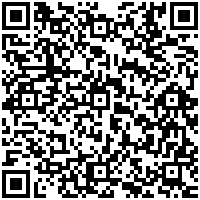