Israeli Arab Knesset members have written a letter to Secretary of State Antony Blinken, demanding the US reopen a separate Consulate for Palestinian Authority citizens in eastern Jerusalem – even before the Knesset approves a budget for the country — and recognize a capital of the “State of Palestine” in the Israeli capital city.

This from lawmakers who, as Israeli legislators, receive their very high salaries and full benefits plus pension from Israeli taxpayers, the vast majority of whom are Jewish.

The members of Israel’s Arab Joint List faction wrote in their letter, “The closure of the historic US consulate went hand in hand with the promotion of an illegal annexation process, supporting the idea of the Greater Israel that will forever control the lives of millions of Palestinians, while downgrading the status of the Palestinian people to an office within the US embassy to Israel . . . Regarding Israelis and Palestinians as equals means having separate diplomatic missions for both peoples, including the recognition of East Jerusalem as the capital of the State of Palestine.”

Moreover, the MKs openly criticized the recent decision by Israel – which came as a result of American pressure – to implement “confidence building measures” intended to encourage renewed final status talks with the Palestinian Authority.

Those measures, the Arab lawmakers said, “cannot replace the need for political decisions to ensure that Israelis and Palestinians live as equals, in freedom and security, ending the occupation that began in 1967 through two democratic states.”

Failure to move in that direction, they wrote, “will play into the hands of those working to perpetuate an untenable system of Jewish supremacy from the Jordan River to the Mediterranean Sea, which contradicts the basic interests of a just and lasting peace that the vast majority of the inhabitants of this region share.” 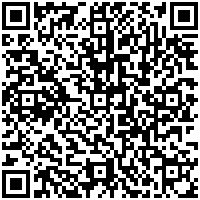