Dozens of Israeli-Arab residents of Haifa issued calls to kidnap IDF soldiers and attack the Shin Bet during an anti-Israel protest held on Tuesday.

The protest was organized in response to the death of Iyad al-Hallak, a 32-year old disabled man accidentally shot by Border Police officers in Jerusalem on May 30.
Advertisement

“Kidnap soldiers and release the prisoners! Tell the dogs at the Shin Bet to get ready – because the time for a fight has come! Death and not humiliation,” were some of the slogans chanted by the protesters who were waving Palestine Liberation Organization flags.

The protest was filmed by Channel 12 journalist Furat Nassar and was translated by the Arab Desk of Im Tirtzu, which filed a police complaint for incitement.

“We therefore expect the Israel Police to uphold the law and arrest all those involved in this disgraceful protest.”

Nisani added: “If these ungrateful protesters hate Israel so much, then they should go move to Syria, Lebanon or Egypt. They won’t be missed.” 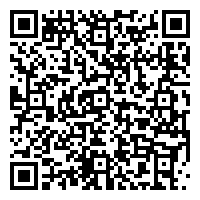