On May 14, as anti-Jewish riots were taking place in several mixed cities across Israel, Abo Alkean uploaded a now-deleted video to his Facebook page from Lod calling to use violence to defend the Al-Aqsa Mosque. (see the video here)

“The Al-Aqsa Mosque is a red line and we will cut off any hand that is raised against it,” exclaimed Abo Alkean in front of a group of dozens of masked Arab men chanting “Allahu akbar.”

“The hudna (cease-fire) is only temporary and conditional,” continued Abo Alkean, “and we are raising our head in this city and saying to everyone: you must always protect our holy places and our mosque.”

Abo Alkean concluded his fiery speech, which was discovered by Ad Kan and translated by the Arab Desk of the Zionist watchdog group Im Tirtzu, by chanting “with spirit and blood we will redeem Al-Aqsa.”

According to the Calcalist financial website, Abo Alkean, who hails from the Bedouin village of Hura, owns a large contracting company and employment agency that earn gross annual revenue of some 100 million shekels.

Eytan Meir, Im Tirtzu’s head of external relations and resident of Lod, called on the authorities to take a harsher stance on anti-Jewish violence and incitement.

“The time has come for Israel to crack down on criminals like Abo Alkean who are inciting violence against Jews and fanning the flames of hatred,” said Meir.

“While we are pleased that Abo Alkean was interrogated by the Shin Bet, it is absurd that he and hundreds of others who participated in the riots are not currently sitting in jail. The only way to ensure that the riots do not happen again is by sending a clear message to those involved that incitement and acts of terror will not be tolerated,” he said. 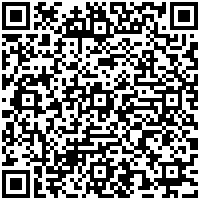