I feel for Progressive American Jews. I do. It’s got to be tough to hold onto one’s beliefs in the face of reality.

Here they are writing articles, holding panel discussions, running forums, all to explain to the stupid, gentile anti-Semites (and their fellow Jewish useful idiots) that it’s OK to hate Israel and that doesn’t make one an anti-Semite. Clearly explaining to the stupid, gentile anti-Semites over and over that they shouldn’t take their anger and hatred of Israel out on Diaspora Jews, especially not against progressive Jews who hate Israel too.

And these stupid, gentile anti-Semites just don’t get it.

Instead, they go wilding in the cities looking for innocent (non-Israeli) Jews to attack and synagogues to burn down.

Someone pointed out one particularly vile Jewish anti-Semite who was proudly describing how they criticize Israel all the time. The writer wanted the readers to really, really understand that progressive Jews are not responsible for what those evil Zionists are doing – so don’t conflate them.

You really have to commiserate with these progressives.

Why in the world is it so difficult for the stupid, gentile anti-Semites to understand that ever-so-simple postulate, that anti-Zionism is not anti-Semitism?

It can’t be that overly sophisticated a concept for them… can it?

The answer is that throughout our long history, whenever some Jews wanted to forget what it means to be Jews and Jewish, the gentiles have made sure to remind them.

So while our progressive Jewish brothers and sisters are surprisingly bewildered by the stupid, gentile anti-Semites being unable to differentiate between “good“ (progressive) Jews with those “bad” (Zionist) Israelis, as they attack innocent American Jews in the streets and synagogues, those “good’ Jews might want to consider that maybe those stupid, gentile anti-Semites grasp the truth far better than they do. 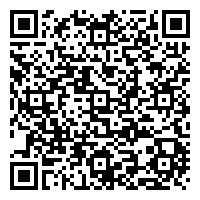