Due to the month of Ramadan, which starts May 14 or 15, depending on one’s location, Israel’s Transport Ministry is expected to authorize bus companies to reduce their service. The cut schedules will be in effect for one month, until June 13 or 14 – based on the call by the Sharia court in one’s location.

The official reason for the change is the large number of transit companies’ employees, mainly drivers, who observe Ramadan, and the lack of substitute drivers, including recent retirees, to take their place.


The public transport companies have warned against canceling hundreds of bus trips a day in each district of Israel. The Transportation Ministry, on the other hand, believes that public suffering will be minor and not widespread.

The normal workday is maintained during the month of Ramadan in Arab societies, but due to the fast, many Muslim countries have instituted a short workday and shortened school studies, with a significant decline in productivity as a result.

In the past, Ramadan used to be the time for the summer vacation – but, of course, since the lunar calendar-based Ramadan may fall at any season, the just call it vacation. Businesses and government agencies postpone their decisions until after the end of Ramadan.

In some businesses and state agencies in the Muslim world, office hours are moved to the night, or start much later than usual in the daytime.

In most of the Muslim world, restaurants and cafes are closed during the day on Ramadan, and open in the evening.

In Israel, the influence of Ramadan is reflected in employment sectors with a high proportion of Arab Muslims, such as the construction and public transportation. Some workplaces shift to working at night. In mixed workplaces, Muslim workers either take the night shift or pick their annual vacation on Ramadan. 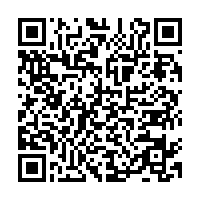