In the first recorded case of polio in Israel since 1989, and four-year-old child from Jerusalem has tested positive for the virus.

The child was not vaccinated against the life-threatening disease (poliomyelitis), according to Israel’s Health Ministry.

An epidemiological investigation was launched, with the regional Jerusalem health administration contacting the child and his family.

According to a report published by The Jerusalem Post, the child appeared to have been infected with a strain of the disease that has undergone a change.

The Health Ministry is, unsurprisingly, calling on those who are not vaccinated against the illness to go get vaccinated.

Polio Outbreak in Ukraine
Ukraine has been fighting a polio outbreak since last October. With critical medical supplies running low in the country due to the invasion by Russia, fears are growing of a wider public health crisis.

One child was identified as having paralytic polio, and 19 other children were infected but not paralyzed, according to VOA News.

A polio vaccination campaign began in the country February 1, but has been interrupted by the war, which health experts have warned may increase the spread of infectious diseases as people gather in shelters and flee to other nations.

Israeli government officials have estimated an influx of 15,000 refugees will have arrived in the Jewish State by the end of the month.

WHO spokesperson Tarik Jasarevic said on Monday routine immunization and outbreak control efforts for polio had been suspended in Ukraine because of the fighting, Reuters reported. 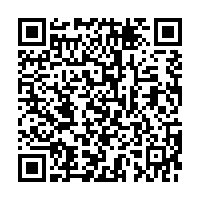