Specialists in the Department of Oral and Maxillofacial Surgery at the Baruch Padeh Medical Center, Poriya, near Tiberias, Israel, on Thursday implanted a 3D-printed bone to replace parts of the nose, forehead and eyehole in a patient who suffered a training injury.

Benayahu Merhavi, 19, from Giv’at Avni, west of the Kinneret, suffered a blow to his face during a martial arts training session a year and a half ago, fracturing his nose bone, forehead bone and part of an eyehole. A preliminary surgery attempted to repair some of the damage, but the patient continued to complain about continued dysfunction and an aesthetic damage.


Dr. Imad Abu El-Naaj, head of the oral and cranio-maxillofacial surgery department at Poriya Medical Center, explained that “Benayahu was scheduled for a complicated surgery involving the removal of a skull bone and its implanting in place of the crushed bone. The surgery is long, because it requires designing, shaving and fitting the bone in real time.”

Instead, according to Dr. Abu El-Naaj, his team decided – for the first time in an Israeli hospital – to plan and design a bone implant for the nose, to be produced on a 3d printer using a medical substance called Peek.

The surgery was performed on Thursday morning, March 30, and lasted a mere 30 minutes. Shortly after the operation, Benayahu reported feeling well and anxious to go back to his training.

Dr. Avi Toueg, a senior physician at the department, explained: “At the A.B. Dental company they designed a model of the nose and we produced an implant to complete the missing parts in Benayahu’s face. We prepared four models using different materials in various thicknesses, and during the surgery we used the one that fit the best, to get the best functional and most aesthetically pleasing result.” 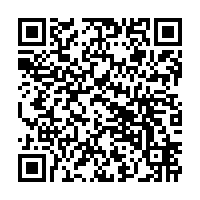