Most of the interview dealt with Iran and the possibility that Israel will launch a military strike on the nuclear facilities of the Islamic Republic.


Ya’alon is a member of Israel’s security cabinet and was Chief of Staff of the IDF during the Second Intifada. During the interview Ya’alon stated that when Israel has to choose between Iran having a (nuclear) bomb and bombing Iran, it will opt for the latter.

He also made clear that for Israel the red line is Iran’s capability to produce a nuclear weapon and not Khamenei’s order to produce a bomb. He also told Ha’aretz that there is disagreement with the US administration on this issue. Ya’alon added that Israel is not bluffing when it comes to decisive action to stop Iran and does not need an American ‘green light’ for a military strike .

Ya’alon furthermore predicted that the Iranian crisis will culminate in the coming months. 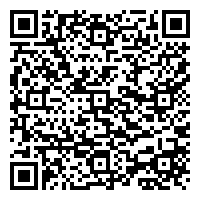