Israeli politicians responding to the shooting at the Chabad Synagogue in Poway, San Diego, during Shabbat services tied it to a cartoon published by the New York Times which was accused of anti-Semitic themes.

In the cartoon published on Thursday, Prime Minister Benjamin Netanyahu is portrayed as a dog wearing a collar featuring a blue Star of David, guiding a “blind” President Donald Trump who is shown wearing a kippah (skullcap).

Member of Knesset-elect Michal Shir stated on Sunday that “where hatred is being printed, hate crimes will be committed.”

“Lori Gilbert Kay’s horrific anti-Semitic murder, while she was praying in the synagogue in San Diego, took place on the weekend when the New York Times published an anti-Semitic caricature reminiscent of the (Nazi) Der Sturmer cartoons. Where hatred is being printed, hate crimes will be committed. The time has come for a newspaper that takes an explicit anti-Israeli and anti-Jewish line to understand that the words it is writing are dangerous.”

Israel’s ambassador to the United Nations, Danny Danon, stated that anti-Semitic “words, the demonstrators and the cartoons turn into shootings against worshipers in synagogues. Anti-Semitism continues to raise its head and take victims. This is the time for action, for a determined war and not for weak and hollow condemnations that allow the forces of hate to revive dark periods in history.”

Yair Netanyahu, Netanyahu’s son, called the Times an “anti-Semitic newspaper” and charged that it “deliberately hid the news about the extermination of millions of Jews in Europe in WWII!”

Israeli Minister Gilad Erdan assailed the Times for publishing an “anti-Semitic cartoon, shocking and reminiscent of the Nazi propaganda during the Holocaust. Anyone who really fights racism and hatred of Jews should demand that the newspaper apologize and dismiss anyone responsible for publishing the Nazi-style cartoon.”

Israel’s Consul General in New York Dani Dayan contacted the newspaper’s staff and expressed his alarm at the publication.

The Times said it will issue an editor’s note in its Monday issue taking responsibility and apologizing for the cartoon.

“The image was offensive, and it was an error of judgement to publish it. It was provided by The New York Times News Service and Syndicate, which has since deleted it”, said the editor’s note posted on the Times Twitter account.

The note added that the cartoon, which has since been deleted it, played “on anti-Semitic tropes.” 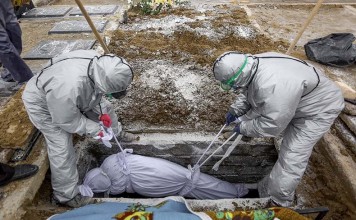 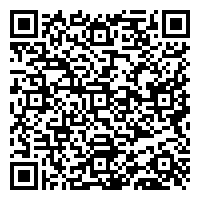