We are all frogs, my brothers and sisters. As the temperature around us slowly rises, we adapt and ignore the impending doom.

In director Stanley Kramer’s 1965 film, “Ship of Fools,” set on board a German ocean liner bound to Hamburg from Mexico in 1933, one of the Jewish passengers, Lowenthal, who is forced to share a table with other undesirables such as a dwarf named Glocken, says about the new Nazi regime: “Germany has been good for the Jews and the Jews have been good for Germany …. Anyway, what are they going to do, kill us all?”


My dear brothers and sisters in America, in the UK, in France, it is my unpleasant task to warn you: at some point in the foreseeable future, they are going to try and kill us all.

Holocausts, by definition, defy the imagination. “It couldn’t possibly happen here” is probably the most notorious comforting line spoken by Jews since the first Pharaonic policeman entered the first Israelite hut demanding to be handed the newborn Jewish male child to be drowned in the Nile.

“It couldn’t possibly happen here” is probably the most notorious comforting line spoken by Jews since the first Pharaonic policeman entered the first Israelite hut demanding to be handed the newborn Jewish male child to be drowned in the Nile.

I spent close to 40 years of my adult life in New York City. I am an American citizen, I love America, I follow the Yankees and the Jets but gave up on the Rangers and the Knicks, I love the Lower East Side where I used to know everybody as a local reporter and publisher, I am a registered member of the Harry S. Truman Democratic club, I used to be a regular in two different shuls in the neighborhood, and when I finally decided to leave and resettle in Israel, it had nothing to do with fear of anti-Semitism. It was entirely an economic move – things were going downhill in the US in 2007-8 and we decided to try our luck in Israel.

There is a burgeoning coalition of intersectionality in the US of anti-Semites which includes white power Aryans, Farrakhan and Al Sharpton Blacks, and several varieties of radicalized Muslims and anti-Zionist students.

They’ve been terrorizing Jewish students in several key universities across America for at least a decade. Now we see the first bloody attacks on synagogues. This trend will not stop, it will only get stronger, it will certainly happen here too.

Like many of you, I am the son of a Holocaust survivor, and was taught at my father’s knee the lessons of a betrayal by a homeland that turned out not be my own.

My father grew up in a small town outside Łódź, in central Poland. The town’s elite were the Jews and the German expatriates – the Poles were the servants for both communities. The Jewish and German communities were intertwined, united by their terrible pidgin German. My dad described his shock as kids his age he went to school with and played soccer with started wearing the swastika armbands.

The writing was on the wall for all to see, at least since 1933, when Adolf Hitler became chancellor. Then hooligan violence against the Jews became a normal thing, police mistreatment and brutality was to be expected, and double standards against Jews, later coupled with anti-Semitic laws, set the stage for the mass execution of Germany’s Jews, or as Herr Lowenthal put it so eloquently, “What are they going to do, kill us all?”

We’ve all heard the boiling frog fable. It isn’t scientifically true, because frogs aren’t stupid. But it’s useful as a metaphor. The premise is that if a frog is put suddenly into boiling water, it will jump out, but if the same frog is put in room temperature water which is then brought to a boil very slowly, it will stay put and be cooked to death.

To illustrate: in 1939, a Jewish-German woman I once knew, who had already settled in Haifa in the ’30s, packed a suitcase and traveled back to Germany, where she visited all of her relatives, warning them about the coming Holocaust and inviting them to flee either to Palestine or to any other country where Jews could find shelter.

They all thanked her for her concern and reassured her that this Nazi crisis would soon become a thing of the past. Sooner or later, the Western democracies would put an end to Hitler’s shenanigans.

On September 1, 1939, half the Jewish people of my father’s town huddled together in my grandfather’s living room, where he had a radio. The Polish announcers described the German invasion, and everyone, without exception, according to my father’s recollection, were certain this was finally Hitler’s end. After all, two major European empires, France and England, had signed mutual protection pacts with the Polish government – let’s see Hitler win a battle against the French and the English, my grandfather’s guests were convinced.

We are all frogs, my brothers and sisters.

As the temperature around us is rising, we adapt.

Muslim members of Congress openly accuse us of controlling the banks, of dual loyalties – and they no longer get a rise out of anyone, not even us. Most Democratic candidates for president shun the AIPAC convention – and we understand, they need the Black vote. The social networks are full of conspiracy theories about how it was us, Jews, who felled the Trade Towers. Nazis march in the street of Charlottesville, Virginia, carrying torches and hollering, “Jews will not replace us,” and “Blood and soil,” and they’re doing it again, unmolested by our government. In today’s Germany, incidentally, they’d be thrown in jail.

Frankly, I don’t expect a single Jewish American person to read my appeal and reach the conclusion that five or fewer years from now could make so much sense: sell while you can and come home. Honestly, I doubt even I would have heeded the same advice. It’s too early. Incidentally, I must disclose my own personal interest in having a huge, Jewish-American Aliyah wave: I believe Israel so needs you – your democratic values, your open-mindedness, your academic excellence, your political savvy, your business acumen, your wealth – your culture of debate, for heaven’s sake, a rare thing to find in Israeli society.

But even if you don’t pack up and leave right away – I urge you to set up a second home in Israel.

I know our finance minister has done everything in his power to stop that kind of investment because, let’s face it, the man is not the shiniest shekel in the coin sack. But please, take out for yourself an insurance policy against unforeseen holocausts, and purchase a home in Israel. You’ll be amazed how cheap they can be if you stay away from Tel Aviv or Raanana. Use them on your vacations, send your kids to become familiar with the home country. You can sell them eventually (the home, not the kids), should I be proven wrong.

But I want you to be ready not because I expect you to flee to the home country. I only want you to take the approaching second Holocaust seriously because I love you and admire you and we’re all froggies from the same pond. 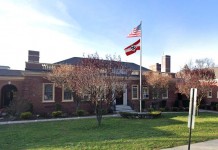 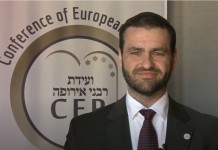 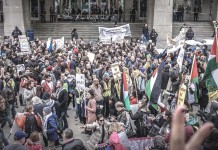