A new joint study conducted by the Ben-Gurion University and Soroka University Medical Center in Beersheva found that cannabis administered as a treatment for autism spectrum disorders appears to be well-tolerated, and can serve as a safe and effective option to relieve symptoms including seizures, tics, depression, restlessness and rage attacks for patients under the age of 18.

Lead researcher Lihi Bar-Lev Schleiderof of the BGU Clinical Cannabis Research Institute said that “overall, more than 80 percent of the parents reported significant or moderate improvement in their child.”

Autism is an Autistic Spectrum Disorder (ASD), an extensive developmental disorder that is expressed in almost all dimensions of the child’s development. It is now common to refer to this disorder as a wide range of Pervasive Developmental Disorders (PDD), a condition that appears in a range of manifestations and a variety of symptoms.

Dr. Gal Meiri, the head of the Preschool Psychiatry Unit at Soroka Medical Center, explained that the researchers “analyzed the data prospectively collected as part of the treatment program of 188 ASD patients treated with medical cannabis between 2015 and 2017. The treatment in the majority of the patients was based on cannabis oil containing 30 percent CBD and 1.5 percent THC. Symptoms inventory, patient global assessment and side effects at six months were primary outcomes of interest and were assessed by structured questionnaires.”

“Overall, after six months of treatment 30 percent of patients reported significant improvement, 53.7 percent reported moderate improvement, and only 15 percent had slight or no change,” Meiri added.

The study examined the quality of life, mood and ability to perform daily activities before the treatment and after six months of treatment.

The ability to dress and shower independently was significantly improved by the cannabis treatment, from 26.4 percent, who reported no difficulty in these activities prior to the treatment to 42.9 percent at six months.

This news comes as the Israeli government on Sunday approved the export of medicinal cannabis.

Director General of the Ministry of Health Moshe Bar Siman Tov stated that Israel is ‘”a world leader in medical cannabis. In recent years, we have created a process of high standardization of cannabis products for medical use, and a complete theory of compatibility between active ingredients and medical labels. We did this for Israeli patients, who are now starting to receive products safely and of the highest quality.”

“As a result of our move, Israel, both in the government, in the healthcare system and in the industry, have created knowledge and expertise that exists nowhere else in the world, which can be used to export high-quality products to the world,” he added. 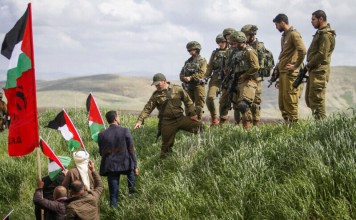 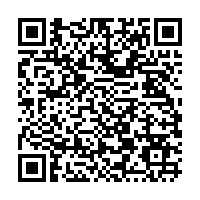