Israeli scientists who specialize in cleaning bodies of water from algae were called in this month to save Florida from an ecological disaster due to the spread of toxic algae.

The algae spread in the waters of Lake Okeechobee in southern Florida and from there to the canals and rivers around it.


The algae causes enormous damage to agriculture, fisheries, tourism, the economy, and infrastructure, in addition, creates morbidity in humans and animals due to bacteria that develop on top of the algae and toxins secreted from them.

The Israeli team, from the Jerusalem area based company, BlueGreen, developed a unique technological solution called Lake Guard, a raft that floats on the water and disperses measured amounts of green matter, which eliminates the algae and bacterial colonies on them while preserving the surrounding vegetation, fish and animals.

The affected bacteria transmit chemical distress signals that are absorbed by additional groups of bacteria in the lake and cause them to collapse in a chain reaction.

BlueGreen’s Israel team was flown to Florida under the direct instruction of Florida Governor Ron de Santis, following previous successes in China, South Africa, Russia, Israel, and other locations in the US.

Lake Okeechobee, one of the most famous lakes in the United States, covers an area of ​​2,200 square kilometers, 13 times the size of the Sea of ​​Galilee, and is a major tourist and recreation center.

The algae attack, which feeds on fertilizers that flowed into the lake, turned the lake’s clear waters into a thick, brown-green-textured fluid with a pungent odor.

Contact with the water can cause serious illness and is especially dangerous for children and animals.

The damage in Florida is particularly severe because it is a water country which economy and the lives of its inhabitants exist around the water. The fear is that the opening of the dams will cause the hazard to spread to rivers, man-made canals, and the shores of Florida while extending the ecological disaster to other vast areas.

“We responded quickly to an emergency call from the Florida Department of Environmental Protection. We established through a very complex logistical process a control station on the shores of the huge lake less than 36 hours from the call, “said Maayan Nave, VP of BlueGreen. 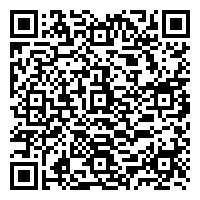