Israeli songwriters Netta Nimrodi and Arie Burshtein, along with Leonid Gutkin, have co-authored singer Julia Samoilova’s entry in the 2017 Eurovision Song Contest in Kiev, Ukraine, AiF reported on Tuesday. The announcement about Samoilova representing Russia in the competition, with her song Flame Is Burning, was made on Monday.

Nimrodi and Burshtein are a couple (they both say so on their Facebook pages), who live in Berlin and work for Amber Revival and Imagem Music. They’re both graduates of the Jerusalem Academy of Music and Dance.

Burshtein posted on his Facebook page: IT’S OFFICIAL!!!!! Netta and I are going to the Eurovision!!!
It’s been crazy days here and we just received final word about it.”

Read the excerpt below to learn, what he’ll say, more or less, should the song actually win. That part is doubtful at this point, not because there’s anything wrong with the song, but because over in the Ukraine Russians are not very popular these days. In fact, on Monday, the Security Service of Ukraine announced they might bar Samoilova’s entry into their country under Ukrainian law that forbids entry from across the Russian border. That’s because, back in 2014, when Russians entered Crimea, they took it away.

“Our song Flame is Burning – co-written and co-produced by Netta Nimrodi, Leonid Gutkin and myself – will represent Russia in the 2017 Eurovision Song Contest.

“The song is performed by a beautiful soul and one of the bravest people I have ever seen – Julia Samoilova.

“The song was mixed and mastered by the one and only, the genius, the Schwarzenegger of sound… Larry Fricke!!!!

“We are humbled to be a part of this journey together.

“Thank you Leonid for putting your trust in us and listening to all our crazy ideas… there were a few 🙂 Together we feel that we created something magical.

“A huge thank you to Leonidas Chantzaras… as always our A&R and friend for being there all the way. And for putting together this team and making it happen!!!!

“Thank you also to the amazing team at Imagem Music Germany Jens-Markus Wegener and Andrew Campbell from Steam Music for believing in us… YOU ROCK!!!!

“Thank you to all the great people at Channel 1 Russia who believed in the song!

“And of course, thank you Julia for giving your heart and soul.” 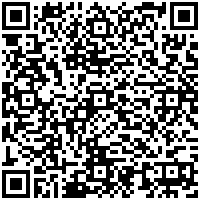