Israeli entrepreneur Na’amit Leavitt was exploring ways for kosher travelers and families to enjoy their vacations without having to waste precious R&R time in search of their next meal. As a result she co-founded a new unique company called KoChef, with her business partner Sara Black-Charm, an experienced executive chef and caterer.

She tells JNS that her company’s mission is to allow “kosher travelers to vacation and explore exotic destinations, while taking a private chef with them anywhere in the world,” so that they don’t have to waste any part of their trip seeking out kosher-food options or preparing food.


Leavitt was one of several hundred Israeli-Anglo entrepreneurs and business professionals who gathered in Jerusalem this week to introduce their products and services, network, hear lectures and attend workshops run by other professionals at the Orthodox Jewish Chamber of Commerce’s (OJC) second annual Anglo-Israeli/American Jerusalem Expo and Conference.

As the conference started, OJC founder Duvi Honig was jogging around the room introducing different business owners to one another and trying to match potential collaboration. He told JNS that “the goal of the event is to introduce companies to each other, including those with connections in various states in the U.S. to businesses in Israel.”

Honig stressed that “I want every day Anglos to be empowered. Not one elected official was invited today, business people only. I want people to have the best networking opportunity possible.” While the event was run by an “Orthodox” Jewish organization, Honig made it clear that relationships are being built through the event within all sectors of the Anglo-Israeli community.

One of the participants in the conference who creates relationships between businesses in the United States and Israel is Gerry Stoch, Israel director of the New York State Department of Economic Development, in addition to being the Israel representative of the Iowa Economic Development Authority.

He explained to JNS that his goal is “to assist Israeli companies expand into markets both in New York and in Iowa.”

At the same time, he says that he attended the conference in search of potential distributors in Israel for products manufactured by his U.S. contacts. According to Stoch, more than 600 Israeli companies already have a presence in the New York area. He adds that there is a great deal of technological collaboration taking place not only between Israeli companies and the states he represents, but between Israeli universities and schools in both places as well.

‘Help as many people as possible succeed’

Human-resources consultant Penina Eichler, who lives in Beit Shemesh, said her company, DPI Training, which she co-founded with her business partner, “currently offers training to company’s supervisors and employers in New York in order to prevent sexual harassment in the workplace.” Eichler also runs an HR management consulting firm in Israel.

Her husband, Max Eichler, was also at the conference, as he is a senior U.S. tax attorney at a Tel Aviv company providing advice and compliance to clients who are U.S. citizens living in Israel. He noted that some of his clients are also Israeli companies looking to establish a presence in America, or Israelis interested in investing in real estate in the United States. While Eichler tells JNS that “my Hebrew is terrible,” he adds that he has people on staff able to assist with language barriers. Since the U.S. tax code is in English, however, “it’s more important for me to understand the tax code laws in my native language.”

Some of the business owners continued to mingle in the exhibition hall as the lectures and workshops began. One of the most highly attended workshops—“Women in the Workforce,” which emphasized women’s empowerment and networking—was led by Lesley Kaplan, founder and CEO of a company called L.A.K. Creations and Consulting.

At the same time, Rabbi Issamar Ginzberg, founder of It’s All From Above LLC, led a session on “Communicating Effectively.” Dressed in full Chassidic garb, Ginzberg is a business strategist, marketing consultant, financial columnist and motivational speaker often invited to address some of the biggest companies in the world.

He told JNS that one of his strategies in inspiring business owners to reach for the stars is a Jewish principle that says “words from the heart are accepted by the heart.” He adds that he advises his clients that “in order for what you say to be accepted, you should speak authentically. And when you under-promise and then over-deliver, you make everyone happy.”

Ginzberg says that ultimately, his goal is “to help as many people as possible succeed in business and in life.”

Leavitt says that while her company is just getting off the ground, one of her chefs was booked to put together meals for a big group in northern Israel over Passover. “They have already booked for next year!” she exclaims. And she is hopeful that her participation in the conference will direct more business her way. 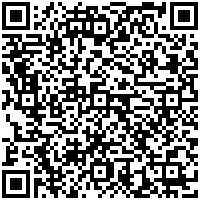