Hillel International announced on Thursday that Eric Fingerhut will be leaving as president and CEO for the Jewish Federations of North America in that same role.


“For more than half a decade, the Jewish world has watched as Eric spearheaded transformational change at Hillel,” said chair of the JFNA Board of Trustees Mark Wilf. “With a clear vision for the future of Jewish life on college campuses and universities, he took a 90-year-old organization and made it new again. We believe he can bring the same energy and imagination to Federation. He’s the right leader at the right time.”

Hillel said it will begin a search for Fingerhut’s replacement.

At Hillel, Fingerhut developed groundbreaking partnerships, asserted leadership in advocacy for Israel and instituted a cultural transformation. He doubled Hillel’s collective annual revenue from $90 million to nearly $200 million. He also revolutionized the development of talent across the entire Hillel network.

“Eric brings more than an impressive résumé,” said Wilf. “A CV can’t convey the character of a person. What did we learn about Eric through this process? We saw a man with a commitment to Jewish life and values. Humble despite his many accomplishments. Someone with a compelling vision for a Jewish future.”

“I grew up in Cleveland,” said Fingerhut in a JFNA statement. “My mother was a receptionist at the Federation-supported Cleveland Jewish News for 30 years. My father sold insurance. I didn’t realize it at the time, but my early life was shaped by Federation. I went to preschool at the JCC. I vividly remember carrying signs in the walkathons standing up for Israel during the 1967 and 1973 wars.”

“Never did I imagine that nearly a half-century later, I would have the opportunity to lead a movement that has impacted my life and so many others,” continued Fingerhut. “It has a rich history, and I believe it can have an even more impactful future. I am excited to take on that challenge.”

JFNA represents 147 Jewish Federations and more than 300 network communities, raising and distributing more than $2 billion annually and through planned giving and endowment programs. In support of social welfare, social services and educational needs, JFNA protects and enhances the well-being of Jews worldwide, and leads in the fields of care-giving, aging, philanthropy, disability, foreign policy, homeland security and health care.

“The important work that he did at Hillel he will continue to make a huge contribution at JFNA,” said Hoenlein.

Fingerhut is slated to begin his tenure at JFNA on Aug. 6. 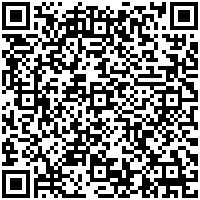