Sheikh Muhammad Hussein, the “Palestinian” mufti of Jerusalem, issued an edict on Tuesday calling the “land of Palestine” an inalienable religious endowment forbidden to sell to “the enemies” under the pain of being labeled an infidel and traitor.

The fatwa (Islamic religious decree) bans Muslims from “facilitating the transfer of ownership of any part of Jerusalem or the land of Palestine to the enemies.”


It warns that anyone found to have sold, bestowed ownership or even facilitated the transfer of ownership to non-Muslims will be considered a heretic, nonbeliever and traitor to God, Islam and homeland.

The decree further states that good Muslims should refuse to marry, attend the funeral of, allow to be buried in a Muslim cemetery or do business with any Muslim who performs the forbidden, ownership-related acts in contravention of the fatwa.

The edict is allegedly in response to a new bill brought to the Knesset by Jewish Home Party MK Bezalel Smotrich, which would allow Jews to purchase land in Area C territory in Judea and Samaria. The bill seeks to nullify a 1953 Jordanian law forbidding non-Muslims and non-Arabs from purchasing land in Judea and Samaria.

The bill asserts that preventing Jews from buying land strictly on the basis of their Israeli citizenship is “unacceptable.”

Hussein was appointed to his position by Palestinian Authority leader Mahmoud Abbas in 2006.

He has said suicide bombing is a legitimate part of “the resistance” and has cited in public the hadith that states, “The Hour will not come until you fight the Jews. The Jews will hide behind stones or trees. Then the stones or trees will call: ‘O Muslim, servant of Allah, there is a Jew behind me, come and kill him.’ ” 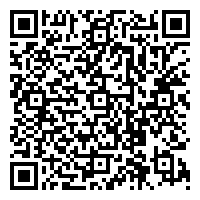