The victim, in his 20s, was found with a knife in his back in a park on Sheshet HaYamim Streeet, according to the Magen David Adom emergency response service.

He was taken to Jerusalem’s Shaare Zedek Medical Center, fully conscious, where he was listed in serious but stable condition. Following emergency surgery, a spokesperson for the hospital said the patient was “still in serious condition, but stable.”

The terrorist fled on foot but was tracked down by large police forces led by Jerusalem District Commander Doron Turgeman and was shot and neutralized in a playground.

“A police officer from the Shalem station of the Jerusalem district identified the suspected stabbing terrorist with an object in his hand in the Sheikh Jarrah (Shimon HaTzaddik) neighborhood,” police said in a statement.

The attacker was later identified as 16-year-old Muhammad Abu Kataish from the nearby Arab town of Anata. He was taken to Jerusalem’s Hadassah Mount Scopus Medical Center, where he was listed in serious condition.

The site of the attack is close to the Jerusalem neighborhood of Shuafat, where a terrorist recently killed a young female IDF soldier and critically wounded a 30-year-old civilian security guard. 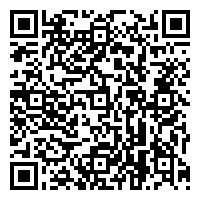