Arabs resumed violence in the Old City of Jerusalem on Friday as soon as midday Islamic prayers ended at the Al Aqsa Mosque in the Temple Mount compound. According to the Islamic Waqf Authority, 10,000 Muslims were present in the mosque for prayers.

Demonstrators were hurling rocks at Israeli security personnel in the Jerusalem neighborhood of Wadi Joz. Police responded with stun grenades. Four of the rioters were injured.


Numerous mounted police and those in armored patrol vehicles were present on the streets. Clashes were also reported in the ancient Judean cities of Bethlehem and Hebron, where Arab youth attacked Israeli forces as well. In Bethlehem at least 13 people were reported injured, according to Arab media. In Hebron, rioters threw an explosive device at IDF soldiers. No injuries were reported, and no property was damaged.

Men under 50 were barred from entering the Temple Mount compound for prayers on Friday in light of warnings that plans were in place for demonstrations and riots at the site.

Those who were not allowed to enter the compound gathered instead in the streets surrounding the site, as they had for the two weeks prior, during the Muslim boycott directed by Arab leaders in Israel and the Palestinian Authority.

“A number of roads around the Old City will be limited to access and all necessary security measures are being taken to prevent and respond to any outbreak of violence,” police said in a statement.

By late Thursday night, more than 100 demonstrators were wounded in the violence, which included stone throwing also aimed at Jews praying at the Western Wall. 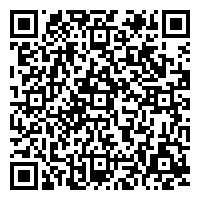